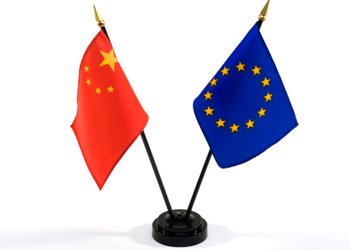 The European Union has asked the World Trade Organisation (WTO) to resolve a dispute over Chinese duties of steel pipes – that are used in power stations – from the EU.

The EU said it approached the WTO because it believes Chinese anti-dumping duties on steel tubes imported from the EU are “incompatible with WTO law”.

Stainless steel tubes are used mainly in superheaters – which converts saturated or wet steam into dry steam – of boilers in power stations.

The EU claims China’s anti-dumping duties of 9.7%-11.1% since November last year have hampered its access to the Chinese market and the region’s exports of steel tubes to China fell significantly to €20 million (£17m) last year from €90 million (£77m) in 2009.

EU Trade Spokesman John Clancy said: “The EU continues its fight against unjustified Chinese trade defence measures, which do not comply with WTO rules and often seem to be motivated by retaliation. The Chinese case was brought shortly after a European case against Chinese steel imports. Given its obvious technical weaknesses, we are confident that the WTO will support our claims against these anti-dumping duties.”

Analyst Zhang Lin from the Chinese Ministry of Commerce said in a statement in June when the EU lodged a complaint with the WTO: “This is not an act of retaliation but to protect the domestic steel trade.”

The EU’s request for a WTO panel will be discussed for the first time at the meeting of the WTO Dispute Settlement Body (DSB) at the end of this month.

The EU also had a disagreement over imports of solar panels from China, which was finally resolved last month.