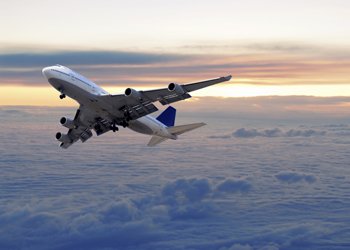 You might thing high-flying executives are more likely to demand a martini in first class – but a group of American execs are calling on their airline to be good to the environment.

North American airlines have historically been stubborn in the face of environmental regulation both from federal government and abroad. The EU’s move to bring global flights under its emissions trading scheme was met dismay by US and Canadian carriers.

Now more than 500 members of the Flying Clean Alliance have written to US firm United Airlines to express how “disappointed” they are to hear it is lobbying against climate change laws – and threatening to take their business elsewhere.

At least 20 of the disgruntled customers are reported to be members of the airline’s exclusive United Airlines Global Services programme which includes a 24-hour hotline and special check-in desks.

This week Sean Meehan, a businessman who is a Premier Platinum flyer in the United Mileage Plus programme was the latest to publish a letter he has sent to the aviation firm.

He writes: “I don’t get to vote about United’s political positions, but I do vote for which airline I choose to support and that vote is in my wallet. All things being equal I would choose an airline that supports climate change action over one that does not.

“Frankly, I was disappointed to hear that United Airlines is spending money to lobby against climate change policies. Disappointed and sad.”

He goes on to quip: “Especially when that money could be used to finally upgrade the entertainment systems on the 747.”

The airline’s nod to environmental behaviour includes its Eco-Skies programme which it claims has improved fuel efficiency by a third since 1994. It cites examples such as washing aircraft and engines to reduce drag and emissions, which it says saved up to 3 million gallons of jet fuel a year, cutting CO2 emissions by 28,000 metric tons per year.