The UK has signed a “co-operation agreement” with Norway to continue work on the electricity interconnector to link the two nations following three years of joint feasibility and development work. […] 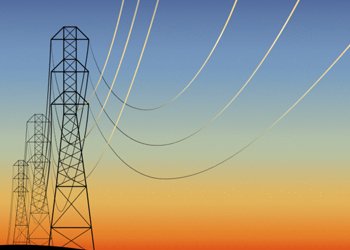 The UK has signed a “co-operation agreement” with Norway to continue work on the electricity interconnector to link the two nations following three years of joint feasibility and development work.

The agreement confirms a 50:50 partnership between National Grid and Statnett, the Norwegian transmission system operator. Between £1.5–2 billion is expected to be invested in the 1,400MW North Sea Network (NSN) link – the “world’s longest” electricity interconnector – which will further integrate North-European energy markets and strengthen the power grid.

The two parties are currently performing a joint seabed survey along the planned route and will now focus on getting the necessary regulatory and environmental agreements as well as preparing for the procurement of cable and two converter stations.

The interconnector will support production and consumption of renewable energy and help towards achieving the EU’s 2020 targets.

Steve Holliday, Chief Executive of the National Grid said: “This is another important stage in the development of what will be the world’s longest subsea interconnector. Joining of the energy systems of both countries will bring much wider benefits – delivering secure and affordable power to consumers as Europe moves towards integrating its renewable energy.”

If the project reaches an investment decision as planned in 2014, the interconnector is expected to be completed by 2020.