EU plans up to 68% tariffs on Chinese solar panels

Chinese solar panel manufacturers could face import tariffs of up to 68% in the European Union, according to reports. The tariffs will range from 37% to 67.9% and is expected […] 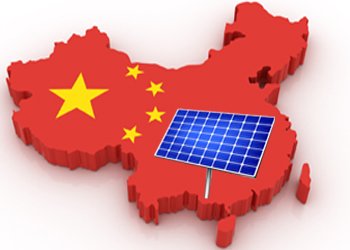 Chinese solar panel manufacturers could face import tariffs of up to 68% in the European Union, according to reports.

The tariffs will range from 37% to 67.9% and is expected to come into effect by next month, with larger manufacturers facing duties on the higher end, reports claim. They are intended to protect European solar companies as some EU manufacturers filed a complaint against Chinese firms about unfairly priced imports from China last year. A lot of EU manufacturers are believed to have shut production or gone out of business as a result of it.

The Commission did not confirm the figures and told ELN they “never comment on ongoing investigations”.

“What the EU has as a responsibility and as a legal option is… if we see that there is real harm occurring to the EU companies concerned, then we have this emergency action that we can take to try and already begin to rebalance the playing field. That would be the provisional measure.”

The Solar Trade Association (STA) said it is “very disappointed” about the news and opposed the imposition of any duties that restricts free trade and the growth of the solar market.

STA CEO Paul Barwell said: “These duties, if imposed, will damage the UK solar market, particularly the large scale ground-mount sector… The duties will actually result in a net reduction in EU solar jobs, restrict the growth of the solar market and damage Europe’s chances of meeting its 2020 renewable targets.

“Solar power has shown impressive cost reductions in recent years, enabling Government to set a pathway of gradually reducing subsidies. However, the cost increases resulting from these duties will throw the UK off course from its solar roadmap.”

The STA believes the duties would, in many cases, take Chinese panels above the price of European and Korean panels and also result in increased costs of non-Chinese solar panels.

The investigation is, however, officially expected to end by December this year.