Davey confirms smart meter push back as tipped by ELN

Today the Energy Secretary did as we reported earlier in the week, confirming a delay to the “enormous” smart meter programme which will see 53million smart meters installed in 30million […] 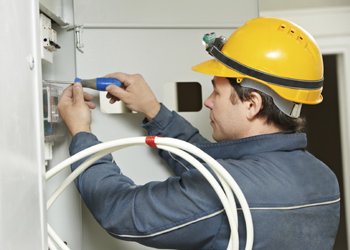 Today the Energy Secretary did as we reported earlier in the week, confirming a delay to the “enormous” smart meter programme which will see 53million smart meters installed in 30million homes.

As tipped by ELN on Wednesday, the Department of Energy and Climate Change is giving the Big Six energy firms an extra year to carry out the huge infrastructure task.

In a Written Ministerial Statement, Ed Davey said: “Reflecting the extended period to build and test the systems required by industry, the Government has decided to move the completion date for the mass roll-out from end 2019 to end 2020 – although I expect the vast majority of smart meters to be in place against the original 2019 deadline.”

From the end of this year, he added, when customers switch suppliers, if their first supplier gave them a smart meter, the new one will not be allowed to replace it with a ‘dumb’ meter. They must either rent the previous supplier’s meter or install their own new smart meter which will give “greater confidence to early movers”, said Mr Davey.

Angela Knight, Chief Executive of Energy UK hailed the delay as “prudent” given the scale of the programme. She said: “[It] is a complex task which must be fulfilled with great care to ensure consumers receive the best possible benefits. Allocating extra time to the programme will mean that it can be completed in a more efficient and cost-effective manner and to greater effect.”

Energy firms themselves agreed, with E.ON’s Director of New Business Don Leiper saying the announcement gives them the “commercial certainty” to make sure the mass rollout from 2016 to 2020 will be as “smooth as possible”. Elsewhere npower said getting it right for customers remains an “absolute priority”.

Experts said pushing back the rollout deadline was a “pragmatic” option but worried what it meant for consumers, especially as the Government hasn’t yet picked who will look after the data & communications – the so called DCC services – for smart meters.

Richard Postance, Advisory Services Leader for Power & Utilities at Ernst & Young said: “Pushing back the launch of the DCC by 12 months takes away much needed control and transparency over their energy consumption from an already hard pressed consumer base, as well as potential jobs for the UK.”

On the positive side he said the extra year would help consumers fully trust suppliers: “[It] will allow an industry with an already fragile relationship with its customers to avoid another pitfall by engaging and communicating properly and ensuring that all processes and systems are “ramp up ready.”