Energy companies that failed to meet the Government’s efficiency targets by the end of last year have pledged to work towards achieving them. DECC had set the targets under two […] 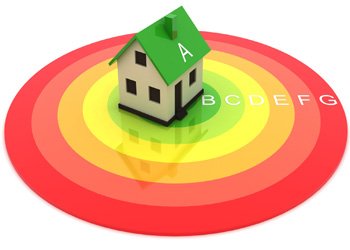 Energy companies that failed to meet the Government’s efficiency targets by the end of last year have pledged to work towards achieving them.

DECC had set the targets under two schemes – the Community Energy Saving Programme (CESP) for measures such as insulation and new boilers and the Carbon Emissions Reduction Target (CERT) for energy saving installations for the most vulnerable and low-income households.

British Gas, SSE, ScottishPower and Drax were among the companies that missed their targets, into which Ofgem has launched an investigation.

ScottishPower said it invested more than £400 million in the last five years, which has benefited around one million homes across the country and although it met its target for CERT, it fell behind on the CESP target.

Neil Clitheroe, CEO of ScottishPower Retail and Generation said: “We managed to achieve 70% of our target by the end of 2012 and had already identified and contracted work to achieve the remaining 30%. As at today, this 30% of measures has been installed in homes across the country, with approximately 20,000 families benefiting across our entire CESP programme.”

SSE claims it insulated nearly 500,000 cavity walls, almost 970,000 lofts and replaced around 30,000 boilers under the CERT scheme, however, it missed its CESP target by 10%. In a statement, the energy company said: “In relation to the Community Energy Saving Programme, SSE has contracts in place which, when completed, will deliver its obligated carbon savings.”

British Gas missed its CERT target by 2% and its CESP target by almost 40% – the worst out of all. However, the firm said it aims to meet the remaining targets this year.

The company said in a statement: “Under the CESP scheme we focused on improving homes in some 318 low-income communities with a high proportion of hard to treat housing, including measures such as solid wall insulation. However the particularly adverse weather conditions throughout winter prevented us from carrying out the improvements in the safest, most cost effective way. We expect to complete the remaining improvements by Summer 2013.”

Drax also failed to meet its targets as revealed by Ofgem, however, the firm said its competence lies in electricity generation.

A spokesman said: “As an independent electricity generator Drax has no direct relationship with domestic consumers and no expertise in delivering energy efficiency schemes to households so we outsourced this service but our chosen provider failed to deliver our obligation. We entered into further agreements with additional third parties in order to rectify this shortfall so far as was practicable, but for various reasons we were not able to fully comply by the end of the obligation period. We are assisting Ofgem in its investigation.”