It’s time to open up the planning meetings for the electricity market reform to many more in the industry, the Government was told yesterday. Representatives for nuclear power, renewable energy, […] 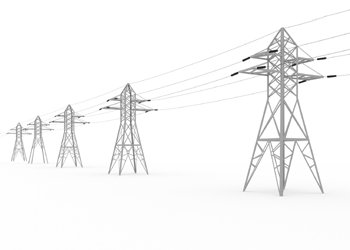 It’s time to open up the planning meetings for the electricity market reform to many more in the industry, the Government was told yesterday.

Representatives for nuclear power, renewable energy, suppliers, CCS and heating firms teamed up to ask Energy Secretary Ed Davey that a “bigger portion” of the industry are included from now on.

The electricity market reform (EMR) is the huge shake-up of the industry to bring the grid up to scratch so it can cope with new low carbon forms of power, develop carbon capture technology which will let us use gas for longer with fewer emissions and get new power stations built.

In a letter the heads of the Renewable Energy Association, RenewableUK, the Combined Heat & Power Association, Nuclear Industry Association and the Carbon Capture Storage Association write: “Much of the policy design to date has taken place in dedicated
expert groups. These have been important to develop collaborative policy solutions, however, membership of these groups has been restricted.”

While a spokesperson from Energy UK told ELN it had no complaint with the way meetings had been run so far, they said there now must be a “step change” in planning.

The Government responded to the letter by stating it has engaged “extensively” with industry and other partners and “will continue to do so as our reforms move forward”. They added that EMR Expert Group papers from earlier in this year and onwards have been published online.

A DECC statement said: “In order to ensure that we are all ready to ‘go live’ on EMR in 2014, we are currently scoping out a phase of collaboration with our delivery partners, which will probably need to commence this summer… We are looking forward to working with trade associations and delivery partners to plan this in detail in the next couple of months.”

The Government has committed to getting Royal Assent for the EMR along with the Energy Bill in 2013.