Businesses are being urged to sign up to three-year energy deals as they will be “better off” than those in short-term contracts. That’s the advice from an online business electricity […] 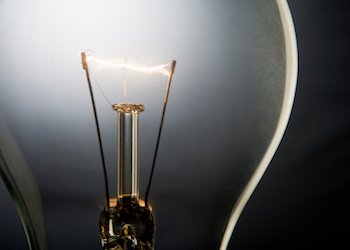 Businesses are being urged to sign up to three-year energy deals as they will be “better off” than those in short-term contracts.

That’s the advice from an online business electricity and gas price comparison site, which revealed prices have spiralled by more than 11% on average in the past 12 months and firms that signed up to one-year contracts at the beginning of 2012 were hit the hardest by the rise.

Electricity tariffs under a one-year contract cost an average 9.56p/kWh a year ago and by the time it expired in the first quarter of 2013, prices had risen by almost 15% to 10.99p/kWh, according to Energy Advice Line.

In contrast, businesses on up to three-year deals at the start of 2012 would have paid slightly more for their energy then but those firms will now be paying less than average today and the low tariffs are locked in for a further two years.

Julian Morgan, Managing Director at Energy Advice Line said: “Firms that signed up to the shortest-term deals a year ago would have been financially better off signing up to a more expensive three-year year deal. Businesses would have paid a premium for a three-year contract but because prices have risen so substantially, they are now better off.

“Our advice continues to be that they should not disregard the longer-term options. Taking a short-term view in a market where prices are rising could be the wrong decision.”

The price comparison site’s review found that most UK firms – 87% – continue to opt for the cheapest short-term deals.