Sainsbury’s sluices water use in half

British supermarket Sainsbury’s has slashed its water use in half, saving the equivalent of 393 Olympic sized swimming pools each year. Waterless urinals and rain water harvesting helped the orange-branded […] 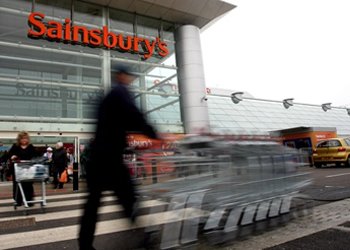 British supermarket Sainsbury’s has slashed its water use in half, saving the equivalent of 393 Olympic sized swimming pools each year.

Waterless urinals and rain water harvesting helped the orange-branded shopping giant achieve its target of a 50% relative reduction in its operational water use at the end of March. The retailer has been working with water management firm Waterscan on its water efforts.

In one example, the retailer says a leak repaired at a store in Wigan saved 21 Olympic sized swimming pools worth of water each year (53,710m3).

By installing automated meter readers (AMR) it has been able to identify leaks quicker and cut down mistakes in estimated billing from its water company.

Paul Crewe, Head of Sustainability, Engineering, Energy and Environment at Sainsbury’s said the firm had hit the 50% saving with a number of water saving measures that form part of our 20×20 Sustainability Plan.

“We have also fitted things like pre-rinse spray taps and low-flush toilets in all our stores and invested in rainwater harvesting for all new stores as standard as well as retrofitting these units in existing stores.”

One recent retrofit unit at a store in Swansea now supplies water for toilet flushing, cutting down its use of mains water by 1,300m3.

Earlier this year Sainsbury’s became one of the first organisations to achieve the Carbon Trust Water Standard, which recognises water use, measuring and saving efforts.