100% off congestion charge for green cars

Green cars in London will get a 100% discount from the Congestion Charge, Mayor Boris Johnson confirmed yesterday. The CC is a daily charge of  £10 for driving through certain […] 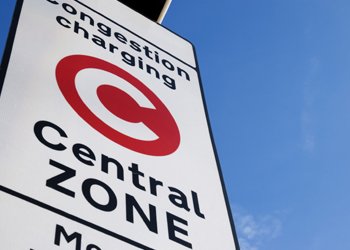 Green cars in London will get a 100% discount from the Congestion Charge, Mayor Boris Johnson confirmed yesterday.

The CC is a daily charge of  £10 for driving through certain parts of central London between 7am and 6pm on weekdays – and drivers who fail to cough up can now be charged £130 at the same time the new discount kicks in.

The decision to introduce a new Ultra Low Emission Discount (ULED) on the charge means some cars previously given a discount won’t qualify.

To qualify for the new discount vehicles will have to be either pure electric or be cars and vans that emit 75g/km or less of CO2 on top of meeting the Euro 5 emission standard for air quality.

The new rules replace the current Greener Vehicle Discount (GVD) and the Electric Vehicle Discount. While all cars registered for the EVD will automatically be transferred to the new discount, cars under the GVD will not.

The GVD is being extended by three years to give drivers a “sunset period” ending on 24 June 2016. The Mayor and TfL said this is because they recognise many drivers bought low emission cars just to get the discount.

Matthew Pencharz, the Mayor of London’s advisor on the Environment said: “These changes are in line with the Mayor’s aim to improve air quality in London by reducing emissions from private vehicles and promoting the further development of low emission vehicles. We want to encourage the continued development of these technologies, while also protecting the benefits to traffic flow in the centre of London that the charge provides.”