Cities and municipalities across India are slashing their electricity usage and energy bills by switching traditional street lights to low carbon LEDs. New data released by The Climate Group showed […] 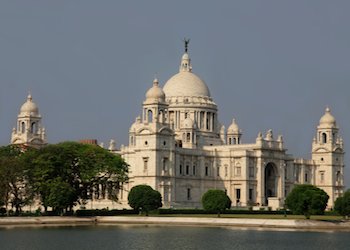 Cities and municipalities across India are slashing their electricity usage and energy bills by switching traditional street lights to low carbon LEDs.

New data released by The Climate Group showed Haldia Development Authority in West Bengal (pictured) is saving around 70,000 KWh of electricity and more than $9,000 (£5,893) on its energy bills since installing LED street lights. Kolkata Municipal Corporation in West Bengal has also saved 52% of energy and the Thane Municipal Corporation in Maharashtra reported electricity savings of 47%.

Sanjay Wadvani, British Deputy Higher Commissioner for Eastern India said: “The LED street lighting technology will go a long way towards greener and cleaner municipalities across the states of West Bengal, Odisha and Maharashtra. The project is an excellent example of how cities can cut their costs in power consumption and make significant energy savings.

“I hope local authorities will take this up as a viable business model and showcase LED street lighting technology as a key part of their smart city infrastructure while also combating climate change.’’

Supported by the British High Commission, The Climate Group has been working in different Indian states for the last three years to install pilot LED street light projects and design policy framework for large-scale adoption of the technology.