Three quarters of young children in Britain are “deeply concerned” about the impact of climate change, a new survey reveals. It found children aged between 11-16 are worried about how […] 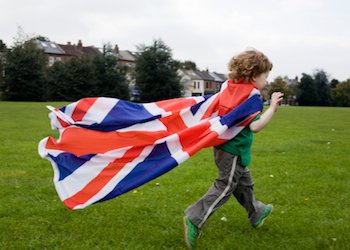 Three quarters of young children in Britain are “deeply concerned” about the impact of climate change, a new survey reveals.

It found children aged between 11-16 are worried about how climate change will affect their lives and said they would like the Government to do more to combat it.

Two thirds of those surveyed were also worried about how it would affect other children and families in developing countries.

Climate change awareness among young people was high, with 88% claiming to know at least a little about it and only 1% saying they knew nothing about it. Parents and grandparents showed less concern about climate change compared to young people but more than half agreed the effects would mean their children will not grow up in the same natural environment as they did.

David Bull, Executive Director of UNICEF UK, which commissioned the poll said: “This survey shows that there is a desire amongst Britons, young and old, for our Government to show strong leadership and take decisive action on climate change. By committing its fair share of new money to the Green Climate Fund to help children adapt to the effects of climate change, the UK Government can make sure children everywhere have enough nutritious food to eat, grow up to fulfil their potential and do not pay for our past mistakes with their futures. Our leaders must be told that they need to act now.”

Last week ELN reported the International Energy Agency’s warning that the world’s energy is as dirty as 20 years ago and has made no progress in cutting carbon.