UK householders missing out on savings by not switching

Almost one in three households in Britain are missing out on potential savings by not switching their energy tariffs. A new survey of 2,000 people by energy firm E.ON also […] 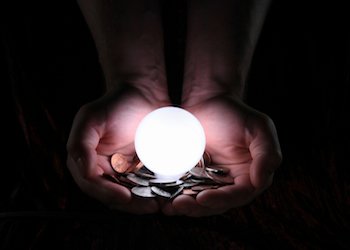 Almost one in three households in Britain are missing out on potential savings by not switching their energy tariffs.

A new survey of 2,000 people by energy firm E.ON also revealed although 53% of people know they have to switch suppliers to get the best deal, one in five said they find it too confusing.

More than four in ten believed they are missing out by staying loyal to their supplier and 82% of E.ON’s 28,000 customers felt energy firms should reward them for their loyalty.

The energy company is calling on households to review their tariffs, check they are on the best deal and benefit from the loyalty rewards as more than a third believed they are paying more for their energy because they have not reviewed their tariffs.

Anthony Ainsworth, Sales and Marketing Director at E.ON said: “The research findings show over a third of people say customer service is the key reason for why they stay loyal to their energy supplier… Our customers can benefit from a swap then stay and save approach by swapping tariffs and then staying to benefit from loyalty rewards.”

A recent Ofgem survey showed 59% of gas customers and 60% of electricity customers have never switched suppliers, equivalent to around 12.7 million households.