Blog: Time for a change?

Everyone knows the Brits love drinking. Having lived in the country for a decade now, I can vouch for that. It doesn’t matter what day of the week it is […] 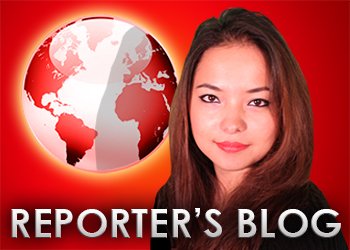 Everyone knows the Brits love drinking. Having lived in the country for a decade now, I can vouch for that. It doesn’t matter what day of the week it is – people in Britain are always up for a beer or two.

Another defining British characteristic is a good moan. No offence but the Brits love to moan about anything and everything.

If it rains – people moan about it; if the sun is out – people moan about the weather being too hot. Britain had the honour of hosting the Olympics last year and all I could hear was people complaining about London being swamped by the visitors and how heavy the traffic would be.

I’m sure you get the point but what has this got to do with energy?

Well, we haven’t stopped moaning about everything that has gone wrong in the industry either. We’re always blaming the Government, the suppliers and the policy makers – If energy bills go up, we complain but even though the Government comes up with new programmes, including subsidies for energy efficient schemes, some still complain about it not being enough – and haven’t really given them credit for when they’ve got it right. Are we that pessimistic?

What have we done to play our part? Let’s take, for example, the climate change debate.

We always see people targeting those in authority about not doing enough to tackle it – and somewhere in the midst of it all, we seem to have just followed them blindly. Shouldn’t we, as individuals, be playing our part too? Surely, it can’t just be the Government and policy makers who can “change” the world, right?

Well, maybe you could play your part as early as next week. 22nd April is marked as Earth Day and is considered “the birth of modern environmental movement”. Started in 1970, it is an international initiative to protect the planet and secure a sustainable future.

So why not grasp the opportunity to lead and inspire others to fight against climate change? We could start by being energy savvy and not just leave it to the schools to teach our next generation to be energy efficient. If we are to reduce the effect, all of us must actively play our part. While it may seem insignificant at an individual level, the cumulative effect it has makes a huge difference.

So why not stop the “moan” for a day and take action for a change? As I was once told that when you blame, you give away your power to change.