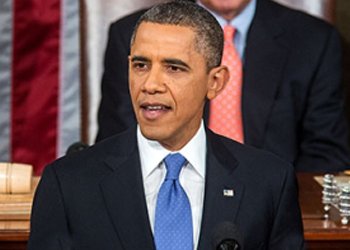 The figure is an 8% rise from 2012, which includes increased funding for the DoE’s clean energy projects by more than 40% above the 2012 level.

Mr Obama also set two new goals – to cut US net oil imports in half by 2020 and double energy productivity in the nation by 2030, reports claim.

Mr Poneman said: “The United States faces one of the greatest challenges ahead, the opportunity to lead the global clean energy race. We must continue to out-innovate, out-educate and out-build the rest of the world to meet this challenge. This budget reflects strong commitments to fiscal responsibility and shared sacrifice, while embracing the President’s all-of-the-above energy strategy which expands both oil and gas production and investments in new clean energy technologies, while advancing our national security.”

The budget includes $615 million (£400m) to increase use and cut costs of clean power from solar, wind, geothermal and water, $575 million (£374m) for cutting-edge vehicle technologies research and $147 million (£95.6m) for research and development of smart grids.