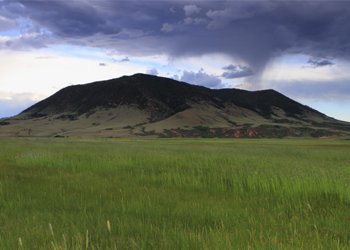 Kansas may culturally be known as home of Dorothy in the Wizard of Oz – but some of its lawmakers may not have the same green leaning as the Emerald City.

A politician in the US prairie state proposed a bill which would ban the use of public funds to promote “sustainable development”.

The bill put forward by the state’s Committee on Energy and Environment suggests: “No public funds may be used, either directly or indirectly, to promote, support, mandate, require, order, incentivise, advocate, plan for, participate in or implement sustainable development”.

One cynical blogger has suggested the committee’s head, Dennis Hedke, might have been motivated by his work with oil and gas companies.

Mr Hedke is reported as saying he brought the bill to the committee on behalf of a group of “maybe a dozen” people who approached him about it. He told Bloomberg: “The idea of sustainable development and its association with a range of activities is something that needs to be scrutinised in the public domain.”

However the proposal has not had a hearing yet and is unlikely to before the end of the state’s current law session.