Guest Blog: Mervyn Bowden – The elephant in the room…

From observation of lots of diverse organisations of late, there appears to be a deeply ingrained obsession, manic almost, to programme into minute detail everything that moves (and everything that […] 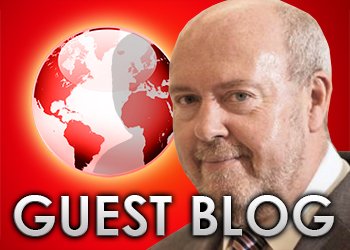 From observation of lots of diverse organisations of late, there appears to be a deeply ingrained obsession, manic almost, to programme into minute detail everything that moves (and everything that doesn’t as well), then to monitor it, measure it, quality assure it, review it…

This is a fairly recent – well within the last five years or so – development that probably hadn’t risen to the surface until the evidence started building and becoming visible everywhere.

A good analogy for this preponderance of programme/ project/ planning managers would in many cases be along the lines of “how many people does it take to change a light bulb?” – always assuming someone hadn’t already programmed the light bulb out of existence because it was incandescent.

You’ll usually find that for every activity known to corporate life there is an army of unproductive people planning/ programming/ project managing it who far outnumber the poor guy(s) who are actually conducting the activity themselves. In addition, you’ll probably find another army of bureaucrats who are doing the bean counting, the ‘Elf ‘n Safety, the monitoring and measuring and quality assurance.

Begins to sound like an iceberg situation whereby you might see the individual who’s changing the light bulb but you certainly won’t see the layers of other interested parties who are escalating the cost of that activity enormously without even trying.

The upshot is that you’ll look at the cost of some fairly simple activities and wonder how on earth they’re so expensive. A bit like the mythical “whole life costs” of doing energy efficiency (and a range of other) schemes, where the upfront cost is paled into insignificance by the costs of running the scheme over many years, taking energy or carbon costs as an example.

The elephant in the room for many companies is still their bloated bureaucracy. Wouldn’t it be nice if companies were lean and mean as well as green? What would that do to the share price?


Mervyn Bowden is chair of judges for TELCAs and Managing Director of Intuitive Energy Solutions Ltd.