An Indian state experienced shutdown yesterday as opposition parties called for a strike in protest against energy price hikes. Reports claim the strike or “bandh” resulted in the closure of […] 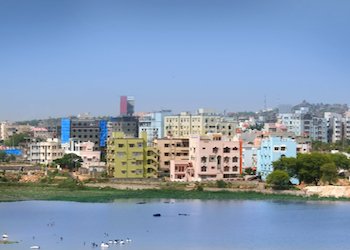 An Indian state experienced shutdown yesterday as opposition parties called for a strike in protest against energy price hikes.

Reports claim the strike or “bandh” resulted in the closure of shops, businesses, schools and public transport services, bringing the streets in cities of Andhra Pradesh such as Hyderabad (pictured) to a grinding halt. The increase in energy prices is believed to cost consumers more than Rs. 57 billion (£0.7bn) in the state.

The main opposition the Telegu Desam Party (TDP) and the YSR Congress Party, supported the shutdown and demanded the State Government roll back the increased tariff “immediately”.

Dr M. V. Mysoora Reddy, YSR Congress Party Senior Leader said: “The ire of the people was reflected in full flow in the bandh and the Government should at least now come down and roll back the prices without making it an issue… The inefficiency in curbing the transmission and distribution losses and other factors have contributed to the hike in power charges and passing on the burden to consumers is bad governance.”

The Party claims many businesses are being shut down as they are getting only 40% power supply.