British businesses could “throw away” £463 million this year by sending waste to landfill that could be recycled. The amount could rise to nearly £1 billion in the next two […] 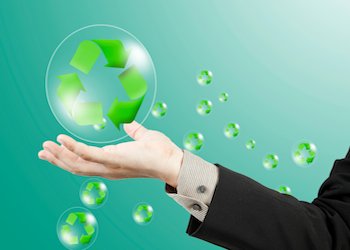 British businesses could “throw away” £463 million this year by sending waste to landfill that could be recycled.

The amount could rise to nearly £1 billion in the next two years if small to medium sized firms (SMEs) don’t improve their recycling rates, according to research conducted by Veolia Environmental Services.

The recycling and waste management company claims a typical SME will spend on average around £375 in 2013 on tax by sending waste to landfill, which could total to more than £750 per SME by next year.

Estelle Brachlianoff, CEO of Veolia Environmental Services said: “We have now reached a stage where it is much more expensive to send waste to landfill than it is to recycle. Businesses need to realise that it’s not just an environmental decision; it’s an economic one with immediate benefits to the bottom line. In this time of austerity businesses are throwing money away when they could be more sustainable and reduce their bills at the same time.”