Blink and you would have missed it but last Tuesday week something truly remarkable happened in the increasingly turbulent and tortured world of UK energy policy. You could be excused […] 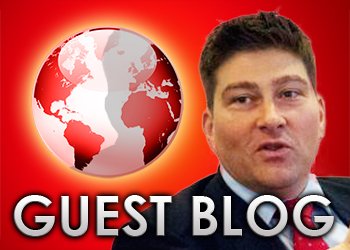 Blink and you would have missed it but last Tuesday week something truly remarkable happened in the increasingly turbulent and tortured world of UK energy policy.

You could be excused for missing it, buried under the announcement of further delays to the Renewable Heat Incentive and a commitment of £20m for R&D for nuclear but it was there nonetheless – a strategy to take forward the decarbonisation of that 44% of this nation’s energy consumption that is accounted for by heat.

Remarkable, then, that this event passed with so little fanfare but remarkable also – for those of us that both noticed it and read it – to see a strategy document that is, to put it bluntly, so strategic.

Perhaps the two factors are related. Maybe the very fact that the document passed unnoticed was that much of what it purveyed just made sense, and did little to court the controversy on which the mainstream media thrives.

Indeed, the closest the strategy came to the broadsheets was a blog posted in the Mail online at 10 minutes past midnight the following morning, under the title: ‘What planet are they living on? As freezing Britain faces a grave energy crisis, ministers unveil more green gimmicks and eco taxes. What folly’.

Needless to say the reality of what the document contained could hardly be further than the billing of the headline. Indeed, if the worst thing to rail against is the idea of spending £9 million to ‘help local authorities get heat network schemes up and running in towns and cities across the country’ and establishing an apprentice scheme to get young people back into work installing energy infrastructure, then DECC must be getting something right.

Indeed, to have got this far, our blogger would have had to wade through an introduction that stated the principles underpinning the document; principles that reflected Greg Barker’s comments at Tuesday’s stakeholder roundtable, that transforming heat was an altogether different challenge to that for electricity.

No carbon copy of feed-in tariff arrangements here then, instead a consideration of ‘places and infrastructure’ alongside ‘products and people’; emphasising the inter-dependency of heat solutions with the wider energy network; policies designed to integrate ‘so the customer journey is joined up and makes sense from the perspective of the individual person or business’; and finally interventions that are about ‘shaping the market to overcome barriers’ and ‘minimising costs to consumers and industry’. Nothing to offend here then.

This document wasn’t a one-size-fits-all silver bullet but rather a programme to develop sector-specific decarbonisation roadmaps for industry, focussing on the most significant emitters; a dedicated policy for combined heat and power, marking a departure from decades of neglect where CHP has been bolted on as an afterthought to the next passing policy; a new focus on recovery and re-use of waste heat from process industries, potentially offering a new value stream to help sustain businesses; and a move to apply CCS in industry, arguably a more strategically important application for the technology than power generation.

On then to the section on heat networks – and finally, on page 57 the criticial “flaw” so what are the proposals that cause so much affront? Support to local authorities developing local heat infrastructure that will cut customers’ bills, provided via a Heat Networks Delivery Unit within the DECC and direct funding support.

Read on and there is endorsement of an industry-led consumer protection scheme to give householders confidence that they will receive competitive and fair tariffs. It is difficult to imagine an approach that better combines the philosophy of localism and the political priority of tackling consumers’ with the economic value of infrastructure development.

This document is clearly worrying – it has all the hallmarks of a strategy!

Graham Meeks is Director of the Combined Heat and Power Association