Ash from burnt waste could be made into gas

Ash leftover from rubbish that has been burnt in power stations could be turned into hydrogen gas, according to a new Swedish study. A researcher at Lund University claims to […] 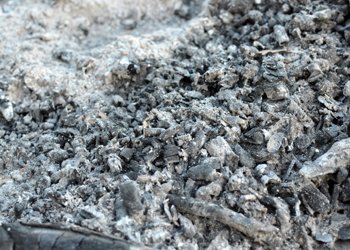 Ash leftover from rubbish that has been burnt in power stations could be turned into hydrogen gas, according to a new Swedish study. A researcher at Lund University claims to have developed a technique which uses the ash to produce hydrogen gas.

The technology works by putting the ash in an oxygen-free environment and dampening it with water, so it then forms hydrogen gas. The gas is sucked up through pipes and stored in tanks.

Millions of tonnes of environmentally harmful ash is produced worldwide and mostly dumped in landfill sites, according to the research, while in some countries it is used as construction material.

Converting the ash instead could generate 20 billion litres of hydrogen gas a year, or 56 gigawatt-hours (GWh), enough to power around 11,000 detached houses a year. It could also be used as fuel in cars.

Dr Aamir Ilyas who developed the technique said ash deposits from incinerators around Europe are “like a goldmine”, adding: “The ash can be used as a resource through recovery of hydrogen gas instead of being allowed to be released into the air as at present… A bonus is that this method removes the risk of hydrogen gas. It also reduces the strain on our landfill sites.”