Countries across Europe are failing the EU environmental standards for water, which could result in taxpayers paying more than €1 billion (£0.84bn) a year in fines. New research suggests a […] 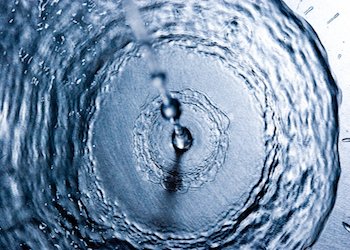 Countries across Europe are failing the EU environmental standards for water, which could result in taxpayers paying more than €1 billion (£0.84bn) a year in fines.

New research suggests a total of 6,331 areas in the Union are not meeting the water requirements, including Brussels, the home of the European Commission. The worst offenders are Romania, with a total of 2,476 instances, followed by Spain (1148), Bulgaria (901), Hungary (631) and Slovakia (356).

In 2011, a daily fine of €1,248 (£1,054) was imposed on Luxembourg for its failure to comply with water legislation and a previous European Court of Justice ruling imposed a daily penalty of €62,000 (£52,400) on Belgium under the Urban Waste Water Treatment Directive. The new report suggests that if such a fine was applied to each EU area, it would total more than €3 million (£2.3m) a day.

The Directive, announced in the 1990s to improve water standards across the EU, applies to the collection, treatment and discharge of domestic and industrial wastewater. It also requires that by 2015 all bathing water should be of a “sufficient” standard.

Victor Bostinaru, a Romanian MEP, who presented the findings at a meeting in the EU yesterday said: “This report demonstrates the scale of the problem that exists across the 27 EU member states. The quality of water in many countries has to improve and the money needs to be found to make it happen – starting with the city of Brussels, in which the European Union’s institutions are based.

“As we prepare to commit billions of euros of investment to infrastructure projects, through the EU Cohesion Fund, we must demand improvements from these failing cities, regions and countries. Every country needs to apportion funds to meet minimum standards of water quality that we should all expect across Europe. Investing in better water treatment systems will safeguard public health, protect delicate ecosystems, save energy, reduce chemical use, support industry and even provide jobs.”