George Osborne: Shale gas – We will make it happen

Shale gas is set to get a major boost as Chancellor George Osborne is to introduce a new tax regime to help investment. He made the announcement during his budget […] 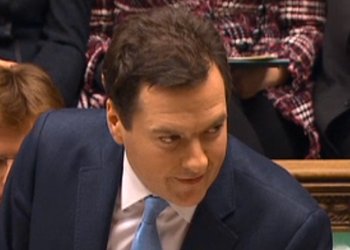 Shale gas is set to get a major boost as Chancellor George Osborne is to introduce a new tax regime to help investment.

He made the announcement during his budget speech earlier today which had a hefty chunk dedicated to the energy sector.

As a smiling Ed Davey nodded in agreement, the Chancellor showed all the protests against shale gas which culminated in a march onto Parliament before Christmas had failed to sway him.

“I want Britain to tap into new sources of low cost energy like shale gas so I am introducing a generous new tax regime, including a shale gas field allowance, to promote early investment and by the summer new planning guidance will be available alongside specific proposals to allow local communities to benefit. Shale gas is part of the future and we will make it happen.”

The Chancellor also announced plans to take two major carbon capture and storage projects to the next stage of development this year as well as incentives to support the manufacture of ultra-low emission vehicles in Britain.

The Government will also exempt the ceramics industry from the climate change levy on energy costs following the lobbying from the Labour MP for Stoke-on-Trent Central Tristram Hunt.

In a humourous exchange Mr Osborne said: “He has persuaded me and so we will exempt from next year,  the industrial processes for the ceramics industry and several others from the climate change levy.” As a fillip to other heavy energy intensive industries Mr Osborne announced generous exemptions from climate levies.  “In the spending round we will provide support for energy intensive industries beyond 2015.”

The Chancellor also outlined a series of support measures for the North Sea oil and gas sector including decommissioning relief. He also echoed the PM by  saying the planning permission granted for new nuclear build yesterday was a “major step forward” for the sector.