It has to be one of the most annoying games in the toyshop: just like pick up sticks, buckaroo doesn’t really have a point and everyone inevitably ends up losing. […] 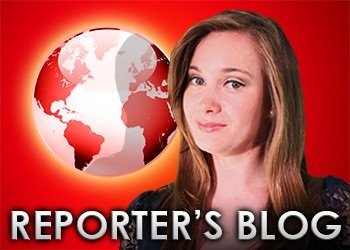 It has to be one of the most annoying games in the toyshop: just like pick up sticks, buckaroo doesn’t really have a point and everyone inevitably ends up losing. Which makes it an apt metaphor for the apparently never-ending extra add-ons of energy policy, something not lost on Keith Anderson of ScottishPower.

Speaking at the Future of Utilities conference yesterday, he warned we are “in danger of buckaroo politics” – we keep layering one policy on top of another until it “pops”. He dryly, almost despairingly remarked: “Well my brain’s going to pop trying to understand it all.”

I know exactly the feeling he’s talking about. As a reporter it’s my job to try and keep an eye on all the players on the energy board, especially policymakers. I spend a fair amount of time writing about what DECC ministers are saying, hearing them speak at conferences – to the extent that when I interviewed Energy Minister John Hayes just days after he entered the role, he joked that he’d heard ELN would chase him up and down the country.

I’m not ashamed to admit I find myself constantly baffled by overlapping policies, whether that’s time-wise – like the Renewables Obligation which will run for a year concurrently with its replacement scheme, the Contracts for Difference, in 2016/17 – or because of the desired effect – for a damning example, can I direct you to the EU Emissions Trading Scheme, the Carbon Reduction Commitment and the new carbon price floor?

That last example is surely the bane of every energy manager from Land’s End to John O’ Groats. But on a broader scale, if the chief corporate officer of one of our biggest energy suppliers can’t keep up with energy policy, heaven help the rest of us.

The Government appears to be aware of the problem it has with excessive layering of policies, which is why the Coalition instigated the red-tape cutting challenge. But a bit like the buckaroo player who can’t resist adding just one more plastic saddle or a coil of rope to the packhorse – you never know when that might come in handy! It’s probably all going to end in tears. Or, as Keith Anderson says, go “pop”. And if that happens, nobody wins the game.