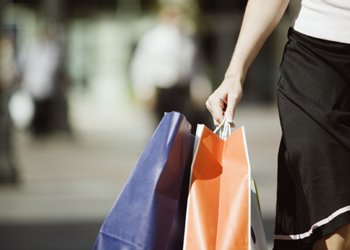 A report released today by the British Retail Consortium (BRC) shows retailers exceeded targets in energy efficiency, water use and cutting down emissions from transport, while they are “on track” to getting their customers to do the same.

The figures are from a progress report for the initiative called ‘A Better Retailing Climate’ which dozens of retailers signed up to in 2008, including the supermarkets Asda, Sainsbury’s and Tesco and high street stores like Debenhams and Boots.

The online fashion store ASOS and underwear site figleaves.com are also among the 25 retail businesses signed up to the scheme which covers 50% of UK retail by turnover.

Together the retailers appear to have outdone targets to slash energy-related emissions from buildings by 25% by 2013, compared with 2005 levels and allowing for growth. By 2012, these emissions were down by a third (33%).

Stores’ emissions from delivery vans were cut by 27% last year compared to 2005 levels, beating the target of 15% by 2013. They have already more than halved (52%) emissions from refrigeration units.

The BRC says its members have gone “above and beyond” industry commitments across all aspects of its operations.

Alice Ellison, Environment Policy Adviser for the trade group said: “Despite the downturn and other challenges affecting business, retailers are continuing to innovate and collaborate in this space, which delivers real environmental benefits as well as value for their customers.”

However the BRC wants more guidance from Government on carbon targets and more progression on plans to let brands get water from different suppliers, something to be included in the imminent Water Bill. Its report also calls for the EU to relax rules governing the shape and size of fruit and vegetables so more ‘wonky veg’ can be sold in stores.