Poor households are paying more for cutting carbon than wealthier ones, according to new research. The charity Joseph Rowntree Foundation commissioned a report from the Centre for Sustainable Energy which […] 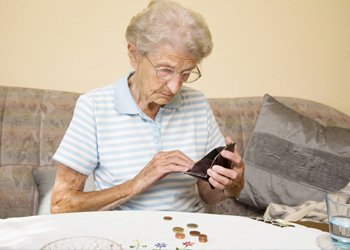 Poor households are paying more for cutting carbon than wealthier ones, according to new research.

The charity Joseph Rowntree Foundation commissioned a report from the Centre for Sustainable Energy which found the poorest fifth of the population have already well outdone the Government’s carbon reduction target for 2020.

Their direct household carbon emissions – for home energy, transport and air travel – are already 43% below the GB average.

Despite this the report suggests the “apocryphal ‘little old lady’” who is on the breadline isn’t getting the benefits from subsides because she can’t afford to go for solar panels, which are funded using subsidies, the cost of which energy companies put onto fuel bills.

Household income is linked with how high its emissions are, with the top 10% of income earners emitting potentially more than three times the lowest 10% of earners, states the report.

To stop penalising the poorest, Government should shift the costs of policy away from fuel bills “towards less regressive funding mechanisms like general taxation”, according to the report.

The Government stoutly defended its policies and said it already has schemes in place which protect the poorest homes.

A DECC spokesperson said: “We have clearly set out the impact of all our schemes on household bills and the net impact of our policies leaves the home energy bill lower on average than it would be otherwise.”

However the report suggests that energy bills are only likely to be lower if homes have had financial support for putting in energy efficiency measures or renewables. Under the report’s modelling, as many as 55% households may not get this help.

DECC also pointed to the £1.3billion a year Energy Company Obligation, which suppliers must pay for, with £540million aimed at helping around 230,000 low income households.