Scotland appears to be rolling up its sleeves to protect its picturesque countryside, as today it was praised for its “good progress” on its climate change efforts by the Government’s […] 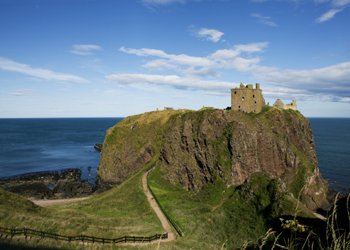 Scotland appears to be rolling up its sleeves to protect its picturesque countryside, as today it was praised for its “good progress” on its climate change efforts by the Government’s independent authority on climate change.

In a report published by the Committee on Climate Change, the nation was described as “continuing to lead the UK on renewable power”, getting 36% of its electricity use from renewable energy. This exceeds the country’s 2011 target of 31% and above the UK (9%).

Scotland was recognised for setting a 2030 decarbonisation target of 50 grams of CO2 per kilowatt hour, so “providing longer-term certainty for the power sector” in line with the CCC’s recommendations.

The report states: “At the sector level, there has been continued progress in a number of areas, including renewable energy, home insulation, tree planting.” However it adds Scotland needs to “accelerate the pace” of bringing in policies across all sectors.

David Kennedy, Chief Executive of the CCC said: “Scotland has made good progress in delivering on emission reduction measures to date. This lays the foundations for meeting ambitious Scottish emissions targets and building a low-carbon economy in Scotland with the benefits that this will bring. It is important that the Scottish Government now focuses on fully developing its policy proposals and ensuring these and existing policies are delivered to their full potential.”