A team of global scientists is to develop clean fuel from carbon emissions which could be a “game-changing” transformation in the energy industry. The researchers have been granted £1.2 million […] 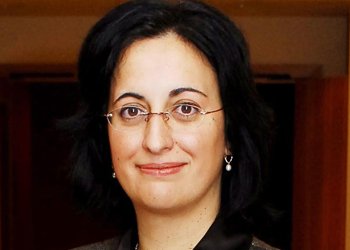 A team of global scientists is to develop clean fuel from carbon emissions which could be a “game-changing” transformation in the energy industry.

The researchers have been granted £1.2 million to develop a new reactor that can produce fuel using sunlight and carbon dioxide. Led by experts at Heriot-Watt University in Edinburgh, Scotland, they aim to increase the efficiency of the process that uses solar energy to convert carbon dioxide into fuel, like methane and methanol, or what is also called ‘photo-catalytic reduction’. Any carbon produced when the fuel is used can then be converted into energy again.

The researchers claim the process could offset up to 700 million tonnes of carbon dioxide every year if successful at a commercial scale. This is significantly more than the total UK annual emissions, estimated at around 500 million tonnes by DECC.

Professor Mercedes Maroto-Valer (pictured), Director of the Centre for Innovation on CCS, who will lead the work in the UK said: “By developing this novel reactor and processes, we could unlock a hugely significant source of carbon-neutral fuel. We are working on creating a technology that will turn this into a genuine game-changer, turning a climate-changing gas into a climate-saving fuel. We will have the input of leading industry players throughout this research, ensuring that the technology we develop can be used with existing infrastructure.”

The UK team are working with an advisory board of representatives from the energy industry who will help guide the prototype development and ensure it can be deployed and integrated with existing infrastructure.