SSE pulls out of UK-Norway interconnector

Energy firm SSE has pulled out of a project to build a subsea electricity link between Scotland and Norway. The company said it would no longer have any “financial involvement” […] 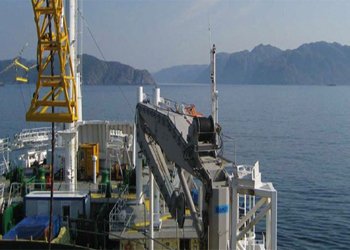 Energy firm SSE has pulled out of a project to build a subsea electricity link between Scotland and Norway.

The company said it would no longer have any “financial involvement” in the 1,400MW NorthConnect project. SSE said it wishes to focus more on its “core markets”, i.e. Great Britain and Ireland, where it plans to invest in power generation and distribution.

In a statement, SSE said: “Following an internal review of the project it was deemed that a combination of the need to focus on core markets, the number of alternative investment opportunities available (particularly in network and generation assets) and the lack of short-term clarity on the regulatory regime around interconnectors meant that continuing the project was not in SSE’s strategic interest. SSE continues to be supportive of the project itself, as well as increased (commercially developed) interconnection and will retain contact with the other owners should priorities change.”

SSE’s former partners in the project, Sweden’s Vattenfall and Norwegian companies E-CO Energi, Agder Energi and Lyse, said they remained fully committed to the cable which is expected to start operating in 2020.

Britain already has a subsea power interconnector with France and a 1,000MW power cable linking it to the Netherlands.