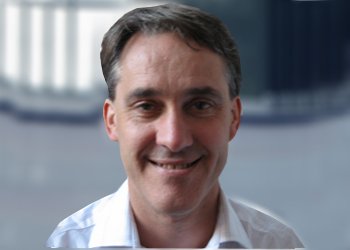 The Government’s “Golden Rule” in the Green Deal is not a “sensible” rule as it will exclude a lot of people from benefitting from the scheme and will not help in reaching 2050 carbon targets.

That’s the view of Dr Nick Eyre (pictured), Senior Research Fellow at the Environmental Change Institute at the University of Oxford, who made the comment whilst giving evidence on the Green Deal to the Energy and Climate Change Committee yesterday.

The Golden Rule is intended to protect the property owner and act as the “backbone” of the Green Deal scheme. It states the energy savings a property makes in a 25-year property must be equal to or more than the cost of implementing the changes in the first place.

Dr Eyre told ELN: “If somebody is undertaking a major refurbishment of their home, they’re normally going to do that to improve their living conditions… These are major investments and there’s no way, even it they’re done in a very energy efficient way, that the energy savings will be able to finance the whole costs of the refurbishment.

“We would expect the energy savings to be larger than the incremental cost of an efficient refurbishment compared to an inefficient one. But the total cost may be tens of thousands of pounds and there’s no way the Green Deal finance will be able to find that because of the Golden Rule. So the net effect will be some of the sorts of refurbishments that we need to see to reach 2050 carbon targets won’t be eligible for Green Deal finance.”

The Green Deal is the Government’s flagship policy for improving the energy efficiency of buildings in the country and the cost of some of the efficiency measures will pay for themselves through savings on fuel bills.

Dr Eyre added the Government should think about whether the Golden Rule is really necessary and that customers shouldn’t be told they would make bigger savings on their bills if that weren’t true.

He said although the Green Deal would give “good value” to customers, it would only apply to those who are eligible within the Golden Rule, which will be confined to cheap measures such as loft or cavity wall insulation.