Construction companies BAM Group and Skanska topped the list for energy efficiency in the final 2011/12 table in the UK. The Environment Agency published the much-awaited Carbon Reduction Commitment (CRC) […] 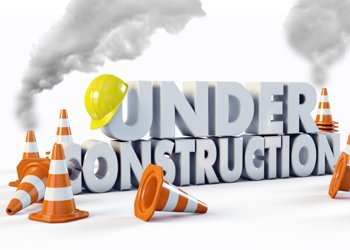 Construction companies BAM Group and Skanska topped the list for energy efficiency in the final 2011/12 table in the UK.

According to the table, BAM Group achieved a 65% cut in its carbon emissions between 2011 and 2012, Skanska a 35% cut and Carillion made it to seventh place. Motorola Solutions UK, Manchester City Council and Bradford & Bingley also made it into the top five spots.

John Alker, Director of Policy and Communications at UK Green Building Council said: “Some of the large construction companies have scored well in the league table because of the extent to which they see the business benefits of cutting carbon across their operations and the positive way in which they have embraced the sustainability agenda.”

The league table is worked out using three metrics and then measured as percentages. The so-called ‘early action’ metric measures whether companies took voluntary steps to improve energy efficiency and cut emissions before the CRC began. The ‘absolute’ metric measures how the companies’ emissions changed compared to the year before and the growth metric measures the change in emissions next to the companies’ turnover. This is meant to take into account whether a company has expanded operations and lost or taken on more staff, which could affect its carbon emissions.

The table ranked 2,097 organisations from all industries and the Department of Energy and Climate Change said it welcomed the 7.63% (4.64MtCO2) reduction in emissions compared to the 2010/11 figures.

A spokeswoman said: “We know from speaking to participant organisations that many are improving their energy management and investing in energy efficiency. The CRC scheme will continue to play a major role in helping the UK achieve its carbon reduction targets and it is expected to deliver non-traded carbon reductions of around 17MtCO2 by 2027.”

DECC itself dropped from equal first last year to 153 this year but said its energy usage is the same despite moving from one to two buildings. The spokeswoman added: “The Department has dropped down the PLT due to other participants improving their energy performance rather than DECC’s performance deteriorating.”

Today the Government put its proposals to simplify the CRC scheme before Parliament. Last year it set out 46 simplifications to the scheme following concerns it was too complex. The majority of the changes – meant to cut the admin burden – will take effect next year at the start of the second phase of the CRC and the Government has also pledged to review the effectiveness of the scheme in 2016.