A Scottish sports and leisure group sliced £238,000 off its yearly energy bill by ditching the energy consortium it was tendering through, it has been revealed. The revelation suggests teaming […] 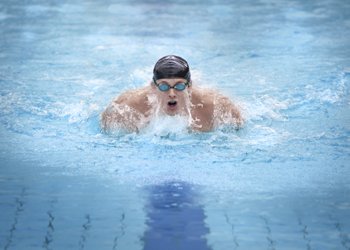 A Scottish sports and leisure group sliced £238,000 off its yearly energy bill by ditching the energy consortium it was tendering through, it has been revealed.

The revelation suggests teaming up with others to buy in bulk isn’t always a good idea for bigger organisations.

The North Lanarkshire Leisure (NLL) group, the fourth largest leisure trust in Scotland which operates at least 10 centres, seven swimming pools and two golf courses, was formed in 2006 after splitting away from the North Lanarkshire county council.

The group was originally a member of a large consortium which bought a total of £60million worth of energy for a number of other firms alongside NLL, a hang-over from being a member of the council.

After switching to different tariffs in 2008, they saved nearly a quarter of a million pounds on their yearly energy bill. This was from securing electricity bills which were £115,170 a year less than with the consortium, while the one year gas contract was £112,957 cheaper.

The sports group believes being part of a bigger group wasn’t as cost efficient as it had been to start with because less suppliers tendered for the bid and all of NLL’s sites were given a global price for their energy.

Blane Dodds, Chief Executive for NLL said: “After employee costs, energy costs are our greatest budgeted expense. Having transferred from North Lanarkshire Council in September 2006, North Lanarkshire Leisure continued to procure energy through a consortium arrangement which extended to March 2008.

“Following average contract price increases of over 32% in April this year, we were concerned about the impact this had on NLL as a high user of energy, especially at a time when there was a decrease in price at consumer level. STC were able to provide market comparisons and demonstrate an opportunity to generate real efficiency savings through procurement. The result has been excellent, with almost £0.25m of savings per annum being identified. In addition, NLL have appointed STC to provide a Bureau Service to identify further savings through greater analysis of our consumption and introducing energy efficiency measures.”

Energy consultancy STC Energy – which pointed out the savings to NLL – said this could mean some of its larger sites had potentially been “subsidising” smaller supplies in the group.