EU Governments should ‘look at US’ for renewables policy

The US has a “more progressive” renewable support policy and Governments in Europe should “take a look” at that. That’s the view of analysts at GlobalData, which suggests the US […] 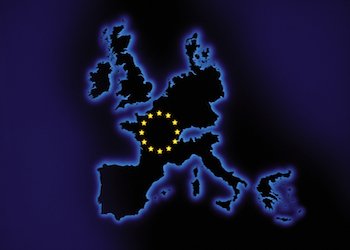 The US has a “more progressive” renewable support policy and Governments in Europe should “take a look” at that.

That’s the view of analysts at GlobalData, which suggests the US has a better policy framework for renewable energy.

The Production Tax Credit (PTC), which is the major support scheme for renewables in the US, provides a 2.2 cent per kilowatt-hour (kWh) benefit for the first 10 years of a renewable energy facility’s operation.

However, in many European countries, renewable subsidies are loaded onto customers’ electricity bills, through a tax or an electricity supplier obligation. Analysts at GlobalData explain although this approach keeps tax subsidies out of the electricity sector, the Governments’ intervention is actually pushing prices up.

Jonathan Lane, GlobalData’s Head of Consulting for Power and Utilities said: “As energy prices become more politically charged across the world, Europe should take a look at the US. The problem with Europe’s policy is growing fuel poverty. Electricity and gas prices increase rapidly against a recessionary backdrop, with little or no wage growth and high food and road fuel inflation. There is, however, a shockingly small amount of policy and data across Europe on fuel poverty and no single definition.”

A household in the UK is defined as fuel poor if more than 10% of income is spent on fuel – excluding road fuel. In France and Belgium, it is officially defined as those households that find it hard to pay for their energy.

Mr Lane added: “This can’t be considered fair and complaints are getting louder. The reason that Governments subsidise renewable generation is a social good – aimed at reducing carbon emissions and reducing fossil fuel import dependency and it makes far more sense for these goals to be delivered via general taxation. Under the US system those most able to pay for renewables do so, under the European system those least able to afford it pay. Something needs to change and quickly.”