Asia needs to untie its gas costs from the price of oil to get more “competitiveness”, according to the International Energy Agency. The region is expected to become the second […] 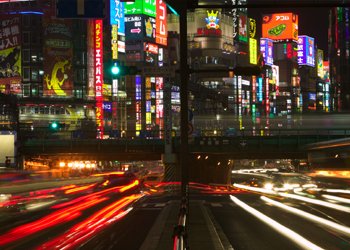 Asia needs to untie its gas costs from the price of oil to get more “competitiveness”, according to the International Energy Agency.

The region is expected to become the second largest gas market in the world by 2015 but it faces challenges to get there, according to the group’s latest report.

One problem is the market is dominated by long-term contracts in which the price of gas is linked, or indexed, to that of oil. The International Energy Agency suggests in recent years this has helped keep Asian gas prices much higher than those in other parts of the world.

More “flexible” markets in the US and even Europe are currently outdoing the region but if it develops a network of trading hubs where prices better reflect local gas demand and supply, price signals would be “more effective and yield benefits for Asian competitiveness”.

Singapore holds the best initial prospects for gas hub development, while Japan, Korea and China as likely competitors in the future according to the report.

Ms Van der Hoeven went on: “The prospects are there, but even the prime candidates will need to do more. China’s fast-growing domestic gas network is still underdeveloped, and the entire production chain remains heavily regulated. Singapore’s small domestic market means that to grow as a hub it must rely on re-exports, which are hindered by regulation.

“Last but not least, Japan has a great potential to act as a hub, but it will have to take some important steps. Domestically, that means improving infrastructure access and further developing its domestic power market. But externally, it also means engaging with exporters to affect the terms of gas contracting so as to improve efficiency while maintaining energy security,” she added.

The report suggests governments must change how they look after gas markets. Instead of focusing on price regulation along the value chain, they should supervise competitive market conditions.