Europe ‘pays more for energy than the US’

Europe is paying more for electricity than the United States while the two are headed in “opposite directions” when it comes to energy prices, analysts claimed this week. Different renewable […] 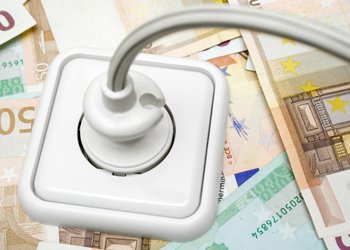 Europe is paying more for electricity than the United States while the two are headed in “opposite directions” when it comes to energy prices, analysts claimed this week.

Jonathan Lane, GlobalData’s Head of Consulting for Power and Utilities said: “Very few states applying a sales tax. The major renewable support scheme in the US, the production tax credit (PTC), is financed by the tax system rather than recovered through electricity pricing, so there are very few extra charges for consumers to pay.”

Plenty of hydropower and low gas prices because of the shale-gas glut have spelled lower wholesale energy prices, he added.

Across the Atlantic, Germany suffers from some of the “highest residential electricity prices in the world” because of solar and wind power subsidies and 19% VAT, although Mr Lane suggested the Germans can cope with these costs because of a high GDP per person. He adds: “German wholesale electricity costs are actually rather low, reflecting low coal and carbon costs.”

Brits enjoy fairly low electricity prices because of an even lower VAT rate of 5% but they pick up costs like the Renewables Obligation while wholesale energy prices are slightly higher than in other European markets. Mr Lane puts this down to the high share of gas in the generation mix and the larger costs for the UK’s nuclear fleet.

Italy is in a fairly stick situation with wholesale gas prices that are 20% higher than in Northern Europe, according to its Ministry of Economic Development, with high gas prices set by long-term, oil-indexed import contracts. That’s on top of solar subsidies, added Mr Lane.

In Spain, subsidised electricity prices are likely to go up as the Government plans to cut an electricity bill “deficit” with a 6% tax all power generation including renewables and a “green cent” tax on coal, fuel oil and natural gas, added the analyst.