The “world’s first” international certification for water reduction has been launched by the UK’s Carbon Trust to urge businesses to use water more sustainably. The Water Standard will recognise companies […] 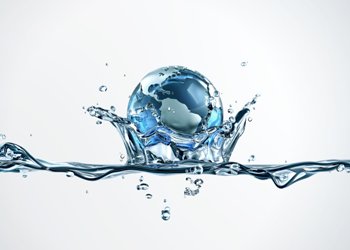 The “world’s first” international certification for water reduction has been launched by the UK’s Carbon Trust to urge businesses to use water more sustainably.

The Water Standard will recognise companies for measuring, managing and cutting water usage and Sainsbury’s, Cola-Cola Enterprises, Sunlight Services and Branston are the first four firms to have achieved the new award.

According to the Carbon Trust, cutting carbon is “no longer enough” and that water is the “new frontier” in the battle against climate change. It claims businesses around the world are not acting fast enough despite the prediction of global water usage to increase dramatically by 2030, with global demand estimated to be 40% above the current freshwater supply.

Tom Delay, Chief Executive of the Carbon Trust said: “Addressing water use within a business has not, until now, been high on the agenda for many businesses. However, the harsh realities of future water scarcity mean this needs to change and fast.

“We’ve launched the Water Standard to help companies monitor and manage their water usage and build resource efficiency into future business plans. We know from our extensive experience helping companies to manage carbon reduction that a stringent approach to use of resources can lead to new commercial opportunities and thriving businesses, particularly for those who take the lead here and set the benchmark for others to follow.”

The Carbon Trust’s recent survey of large businesses in the UK, USA, China, South Korea and Brazil found only one in seven firms has set a target on reducing water usage or publicly reported on water performance. Two thirds said water availability was an issue, with the figure significantly higher in China (78%), Brazil (74%) and South Korea (75%).

According to the Carbon Trust, Coca-Cola Enterprises treats 100% of its wastewater and uses less water through a range of efficiency programmes and new technologies, with its factories in France and Great Britain believed to be the most water-efficient production plants in the world. Sainsbury’s is on its track to achieve its target of a 50% reduction in water usage by the end of next month month, which is a saving of 393 Olympic-sized swimming pools each year.

Sunlight Services Group, a textile services supplier, has also focused on using less water per wash cycle and on recycling and reusing water, with up to 75% of water now reclaimed and reused. Branston has a water recycling plant at one of its sites, which has helped the company cut water usage by around 60%.