New collective switching could save £220 on energy bills

Householders in Britain could now save around £220 a year by switching energy suppliers through a new collective switching initiative launched today. Called ‘UK Together’, the nationwide scheme could help […] 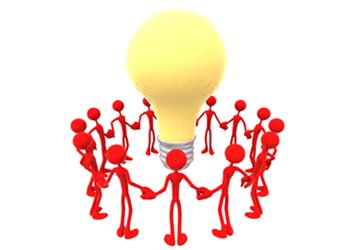 Householders in Britain could now save around £220 a year by switching energy suppliers through a new collective switching initiative launched today.

Called ‘UK Together’, the nationwide scheme could help households access up to £2 million of savings on their energy bills and unlock increasing savings as more people join. First Utility, which won the UK Together auction against leading energy suppliers, will be offering people who join the initiative a £40 money back deal, which it claims will rise as more people join.

Householders using prepayment meters and those who pay with cash or cheque will also get a deal with the Clear and Simple tariff by British Gas. Single fuel customers would get an additional incentive of £10 if 5,000 switches take place, rising to £25 for 10,000. Dual fuel customers would get £50 cash back, which could rise to £70 for 5,000 switches and £100 for 10,000.

Ruth Binny, Project Director at energyshare, a community energy platform which manages the project said: “It’s very exciting that we are getting people across the UK to engage in collective switching. We’ve also got some market leading deals and a great new way of making further savings when more people join…We’re really looking forward to seeing what happens when people get together to get a better deal on energy.”

The new initiative follows the ‘Cornwall Together’ scheme launched by Energy Secretary Ed Davey last year, which is believed to have saved more than £150,000 – or an average of £133 and some households saving more than £700.