The standard of energy company telesales has improved since last year, however, suppliers are “still struggling” to give the correct details of the cheapest deal over the phone. That’s according […] 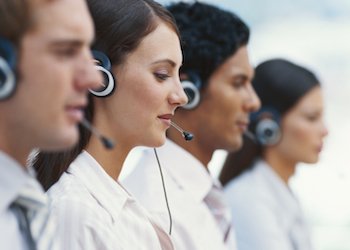 The standard of energy company telesales has improved since last year, however, suppliers are “still struggling” to give the correct details of the cheapest deal over the phone.

That’s according to a new survey by consumer body Which? in it they revealed they were offered the  cheapest tariff in 93% of the calls they made compared to 75% previously. However, many of the sales staff were also confused, with wrong deals offered and details such as exit fees not mentioned upfront.

ScottishPower and Southern Electric scored high in terms of how often they offered the cheapest tariff, how quickly the calls were answered and whether or not they mentioned exit fees but British Gas and npower were the worst overall. However, British Gas, Southern Electric and EDF were good when it came to offering the cheapest tariff.  ScottishPower also answered calls the quickest on average (42 seconds) compared to four minutes and 26 seconds by E.ON.

Which? Executive Director Richard Lloyd said: “It’s good that the information given by energy company salespeople has once again improved, which reflects the work already done to make tariffs simpler but we’ve found that some are still struggling to provide customers with the correct prices for their cheapest tariffs.

“Our research shows that energy telesales staff can be just as confused by the tariffs and pricing on offer as their customers, which means people have less chance of finding the best deal. As it stands the energy market just isn’t working well enough. If consumers are to be confident of getting a fair deal the Government must go further with their proposed reforms and require all suppliers to use single unit prices for their tariffs, so that people can spot the cheapest deal at a glance.”

Even though many people now go online to get a better deal, according to Ofgem, around a quarter of customers still ring up energy firms to check they are on the best deal.