Watchdog Ofgem today hailed an “important first step” for more openness in the energy sector as the country’s largest suppliers published more data about complaints from customers. Suppliers are beginning […] 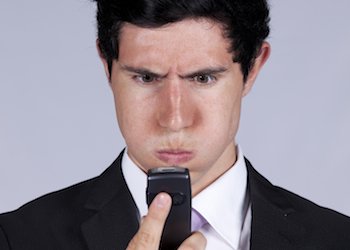 Suppliers are beginning huge efforts to win back customers’ trust as they have recently been revealed as less trusted than estate agents and bankers.

Over the last few days, the so-called ‘Big Six’ providers have now all put more detailed information on their websites in an identical format making it easier to compare.

EDF Energy had the most complaints for the last three months of 2012, clocking in a whopping 440,317, with almost two-thirds (58%) of these related to billing or accounts.

The next largest number of complaints were aimed at British Gas which was contacted by nearly 356,000 people, ringing in an average of 2,285 complaints per 1,000 accounts. Payment issues were the biggest chunk of those (31%), followed by billing (22%), while customer service was behind 7% of the complaints.

In contrast it looks like customer service was a much bigger issue for E.ON, with a third of complaints linked to this. The supplier opened a total of 226,087 complaints.

ScottishPower – which has the smallest customer base had the least number of complaints, at 71,042 for the same three months.

Fellow Scottish supplier SSE had 118,111 complaints and an average 1,435 per 100,000 accounts. Both of the Scottish suppliers didn’t do as well as their rivals on responding quickly, each resolving only three-quarters of complaints by the end of the next working day.

Philip Cullum, Partner Consumer Policy at Ofgem said: “Ofgem is now shining a spotlight on individual supplier performance, by getting suppliers to publish better data more often and more prominently. This should mean that suppliers improve the way they handle complaints and that the things they learn from complainants lead to better services. We are pleased with the positive spirit in which suppliers have engaged with our agenda and look forward to further progress right across the industry.”

Ofgem has demanded that suppliers’ data should be no more than two clicks away from the home page and easily searchable.

A spokesman told ELN the next step would be to ask the Energy Ombudsman about complaints it gets for suppliers, which are generally more serious or cannot be resolved by suppliers themselves. The regulator will also ask other smaller suppliers to follow suit with their complaints data.