Household water bills to rise by 3.5%

Householders in England and Wales will be hit by an average of 3.5% rise in their water bills from April this year. This means the average bill will be £388 […] 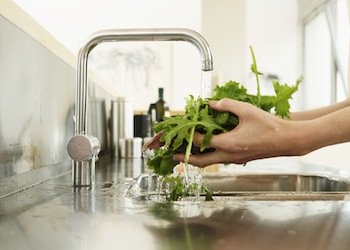 Householders in England and Wales will be hit by an average of 3.5% rise in their water bills from April this year.

Regina Finn, Ofwat’s CEO said: “We understand that there is huge pressure on household incomes and any rise is unwelcome. Inflation is driving these increases. These rises will help pay for investment of around £1000 for every household in England and Wales. This will deliver real benefits – from continuing to improve the reliability of supplies to dealing with the misery of sewer flooding for thousands of customers.

“We will make sure customers get value for money and if companies fall short in delivering their investment promises, we will take action. In the past seven years, we have made companies pay out around £550 million where they have underperformed.”

Ofwat said customers’ bills are helping pay for an investment programme worth around £25 billion between 2010-2015. The new charges will vary for households depending on their supplier and whether they have a water meter.

The industry watchdog said water companies should use the extra money to look for new ways to help customers. Dame Yve Buckland, Chair of the Consumer Council for Water said: “Water companies are making higher profits than expected and they need to give some of this back to their customers. They can limit their own prices or invest more money into services – they shouldn’t keep it all for shareholders and investors.”

Price comparison site uSwitch.com said consumers would be forced to “tighten their purse strings” again as the move follows a series of price hikes from energy suppliers.

Ann Robinson, Director of Consumer Policy said: “Ofwat’s announcement follows a wave of energy price hikes and will leave many households struggling to stay afloat. In total, consumers will now have to find an extra £107 a year to meet the cost of their essential utility bills. Households now face forking out £1,740 a year on energy, water and sewerage alone. With incomes remaining stagnant, this will be another squeeze on family finances and will no doubt cause sacrifice and hardship for many.”

Mrs Robinson suggests consumers have the option of moving to water meter, which she claims could save around £54 a year. She said the general rule is if there are less people in the house than bedrooms, then consumers could save money by using a water meter.