Energy watchdog Ofgem is urging the Government to give it more powers to act against “rogue” energy brokers that mis-sell and mislead businesses in the UK. The regulator claims the […] 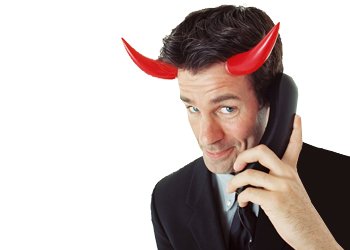 Energy watchdog Ofgem is urging the Government to give it more powers to act against “rogue” energy brokers that mis-sell and mislead businesses in the UK.

The regulator claims the new “powers” would strengthen its proposed reforms to make the energy market clearer and fairer for businesses and is part of its wider aim to protect small business customers. Ofgem is seeking powers to enforce the Business Protection from Misleading Marketing Regulations (BPMMRs), which would allow the regulator to take direct action against brokers that mis-sell energy to UK firms.

It also plans to add tougher rules for how suppliers should treat their business customers and is developing a code of practice for brokers so businesses can have greater confidence when using their services. Ofgem is also reviewing suppliers’ use of automatic rollover contract for the smallest businesses and plans to investigate the impact, including whether rollovers should be banned.

Philip Cullum, Consumer Partner at Ofgem said: “Small businesses are an engine of growth in our economy and it is crucial that they get a fair deal in the energy market. Many brokers play an important role in helping firms compare the market. However we want powers to take action against intermediaries that mis-sell so businesses can have more confidence when using brokers. This move sits alongside other measures we have proposed, including enforceable standards of conduct for how suppliers should treat businesses and developing a Code of Practice for brokers. We are also scrutinising the use by suppliers of rollover contracts for businesses.

“We are pleased that some companies have already responded to our call for action by cutting back-billing for small businesses, but we want all suppliers to follow their lead, with a limit of 12 months in place as soon as possible next year.”

According to Ofgem’s research, 14-17% of businesses that used brokers when looking to switch were dis-satisfied with them and most were concerned about “cold calling, high-pressure sales tactics and the unprofessional behaviour” of some brokers. Another research by Citizens Advice also showed 42% of complaints it received from small businesses about mis-selling “contained references of broker behaviour”.