Hollywood tends to be associated more with gold than green – that is, until now. A set builder is claiming to have designed the world’s first completely sustainable set for […] 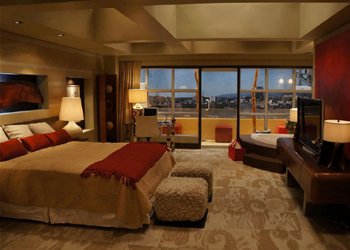 Hollywood tends to be associated more with gold than green – that is, until now. A set builder is claiming to have designed the world’s first completely sustainable set for an American sitcom.

The Emmy-nominated show Raising Hope is about a man becoming a single-parent after the woman he had a one-night stand with is put on death row.

In a two part scene based in a hotel room (pictured), the cast acted in a specially-built set made out of special panels of recycled wood and paper fibres.

The sitcom’s Art Director John Zachary said he hopes this leads to more environmentally friendly set construction: “The ongoing use of tropical hardwoods in set construction is an environmental tragedy and this experiment provided a cost efficient alternative to unsustainable forest products.”

Robert Noble, sustainable design architect and inventor who founded NET said: “This is just the beginning of what ECOR can do for the entertainment industry.”