John Hayes: Treasury and suppliers ‘not the enemy’

Energy Minister John Hayes tried to dispel the idea his department is in a head-to-head with the Treasury by declaring it isn’t the “enemy” in a recent interview. The Department […] 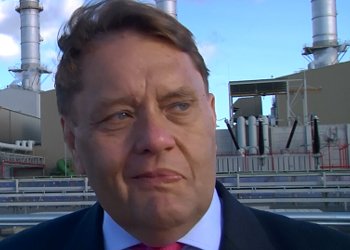 Energy Minister John Hayes tried to dispel the idea his department is in a head-to-head with the Treasury by declaring it isn’t the “enemy” in a recent interview.

The Department of Energy and Climate Change (DECC) has appeared to be at odds with the guardian of the coffers over spending on renewable energy and fossil fuels.

This isn’t the case, according to the Tory MP who joined the department in the Prime Minister’s last reshuffle in September.

In an interview published in the latest issue of Parliament’s magazine The House, Mr Hayes (pictured) tried to bridge the departmental divide by suggesting people who see Treasury as the “enemy” are “not going to get very far”.

He said he has a “very good relationship” with the Chancellor, while the MP Sajid Javid who now takes care of energy at the Treasury is his former parliamentary private secretary and Financial Secretary Greg Clark is a “close friend… I’m his son’s godfather”.

Mr Hayes said: “It is very useful that while we all do what we must professionally, that those personal relationships underpin that professional link. It is true that I’m anxious to ensure that, using those personal relationships, we support a really good and positive relationship between DECC and the Treasury. We routinely have to engage the Treasury and get Treasury support and so that really is a natural part of being in Government.”

The minister also said suppliers “recognise there’s got to be work done here” on the issue of transparency and high tariffs, suggesting the Government wanted to avoid “intrusive ways” of forcing suppliers to put people on the cheapest tariff.

The minister also revealed he has a family link with the world of energy: “My father worked in a power station. He was a turbine driver in Woolwich power station for 45 years, interrupted only by his war service when he was sergeant in the 8th Army in El Alamein, Monte Cassino and Anzio. He was wonderful, he was loving and gentle and wise and clever. I miss him every day.”