Great Britain’s Paralympians had stunning success last year in the 2012 Olympics – and not just in the Games. They were also sustainability champions too, it was revealed today, as […] 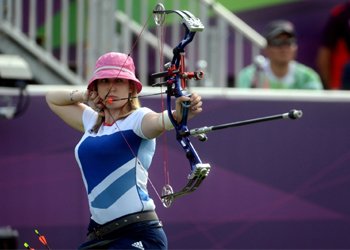 Great Britain’s Paralympians had stunning success last year in the 2012 Olympics – and not just in the Games.

They were also sustainability champions too, it was revealed today, as the British Paralympic Association (BPA) has been awarded gold global accreditation in sustainability for its work with EDF Energy at its London 2012 preparation camp.

Paralympic athletes and coaches won the accolade from the Council for Responsible Sport (CRS) for their camp at the University of Bath just before the London 2012 Paralympic Games.

Danielle Brown (pictured), a gold medallist at London 2012 said: “As an athlete, your approach to training is all about focusing on clear goals and consistently getting the small details right, something which was certainly evident with the experts at the training camps who were working to make them as sustainable as possible. For me, it was apparent in things like the promotion of sustainable behaviour to the athletes and the fantastic recycling facilities across the venues.”

Tim Hollingsworth, chief executive of BPA said: “I am delighted that we have achieved the gold accreditation. It is only the second time that this has been awarded for a multi-day sporting event anywhere in the world – and we have scored the highest marks yet.”

EDF Energy which is a charity partner with the BPA, worked with sustainability expert and professional long-distance triathlete Toby Radcliffe to help the Paralympic camp meet the sustainability standards.