Energy policies can strengthen economies of the Middle East and North Africa and help the regions make the best use of fossil fuels and renewable resources. That’s the view of […] 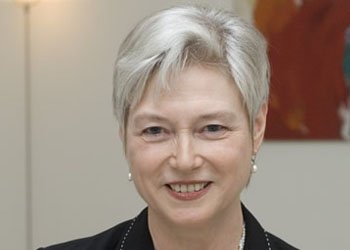 Energy policies can strengthen economies of the Middle East and North Africa and help the regions make the best use of fossil fuels and renewable resources.

That’s the view of the International Energy Agency (IEA), which is offering its “experience and knowledge” to help the regions tap energy efficiency and renewable energy for economic and political change.

Maria van der Hoeven (pictured), IEA’s Executive Director said policies are vital for energy exporters and importers in the regions. She said: “Economic reform will be an important part of the political transition. What is less often recognised is that sound energy policies can play a fundamental role in placing economic policy as a whole on a more sustainable footing.”

The IEA is already working with the Saudi Government on energy policy, focusing on buildings, appliances and transport. Morocco is working with the UN Development Program and aims to save 12% of energy by 2020 and 15% by 2030. However, the regions also rely heavily on fossil fuel subsidies and the IEA has estimated they totalled $523 billion (£325.8bn) worldwide last year, with the Middle East and North Africa contributing to a nearly 30% global increase over the year.

The IEA suggests subsidies for fossil fuels have a negative impact on energy efficiency and renewables. It said: “Subsidies inflate demand, distort economies and reduce incentives to improve efficiency plus they encourage carbon emissions by keeping the price of fossil fuels far lower than renewable energy.”

However, it added the regions are ready for a “boom” in renewable energy, particularly solar power and suggests the opportunities for exporting renewable energy in the future should not be overlooked.

Mrs van der Hoeven added: “It seems odd to advocate solar and wind power in an area which holds 50% of the world’s crude oil and 40% of its gas. But even the world’s biggest oil and gas exporters have an interest in diversifying their energy portfolio. International cooperation, in particular the sharing of best practice, can be very helpful in achieving this objective.”

The IEA is collaborating with the R20 Regions of Climate Action, a group of national and sub national Governments, to help Morocco become a solar energy hub.