Statoil and its partners have submitted plans for the installation and operation of a major gas field project in the Norwegian Sea for Government approval. The Aasta Hansteen field, which […] 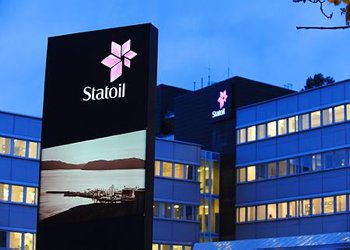 Statoil and its partners have submitted plans for the installation and operation of a major gas field project in the Norwegian Sea for Government approval.

The Aasta Hansteen field, which includes a deep-water development, is estimated to contain around 47 billion standard cubic meters of gas and produce 130,000 barrels equivalent per day.

Oystein Michelsen, Executive Vice President for Development and Production in Norway said: “We are very pleased to take another step in the development of Norwegian Sea activities together with our partners. Aasta Hansteen will be the first deep-water development in the Norwegian Sea. At the same time this opens for the tie-in of existing and new discoveries. The development may generate substantial ripple effects in the north.”

The project also includes proposals for a gas transportation pipeline called Polarled and the expansion of the Shell-operated Nyhamna gas plant. The 480km pipeline will be located 1,300 meters below sea level and is estimated to cost NOK25 billion (£2.8bn).

Eldar Saetre, Statoil’s Executive Vice President for mid- and downstream operations said: “Polarled will open a new region and facilitate further exploration activities and development of future discoveries in the area. This will contribute substantially to maintaining the role of the Norwegian continental shelf as a long-term, reliable gas supplier.”

Operator Statoil has a 75% stake in the field, while OMV Norge and ConocoPhillips have a 15% and 10% stake.