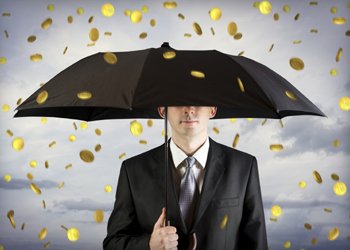 Energy intensive industries which are in line to get £250 million from the Government to counter the cost of emissions taxes must not use this cash to add to “windfall profits”, MPs declared today.

The Treasury allotted £250million to firms which have to use huge amounts of energy in their industrial processes in the 2011 Autumn Statement.

The money pot is meant to compensate for the cost of the UK’s carbon floor price and buying credits in the EU Emissions Trading Scheme, which is meant to encourage large corporations to lower their energy use.

MPs on the Environmental Audit Committee are suggesting rules for dishing out this pot of cash must be tightened up, to stop firms “already profiting” from an existing over-supply of allowances for emissions.

The Committee claims a large surplus of allowances across Europe meant €4.1 billion (£3.3bn) had been gathered by large industrial firms because of overly optimistic forecasts of growth before the recession. It states sales of these allowances had already raised €1.8 billion (£1.5bn)) for these companies.

Labour MP Joan Walley, Chair of the Committee said: “I welcome the Government helping energy intensive companies cope with additional carbon price rises to stop them moving jobs abroad. But it shouldn’t throw good money after bad by giving compensation to those already making windfall profits from the Emissions Trading System when allowances were allocated free-of-charge.”

Environmental campaigners agreed compensation should be tightened up.

Friends of the Earth’s Head of Campaigns Andrew Pendleton said: “Energy intensive industries do need help to cut carbon but many companies are already making windfall profits and don’t merit a free ride – especially when hard-pressed families are having to tighten their belts.”

Energy intensive users are likely to balk at the Committee’s recommendations, with representatives previously adamant the £250 million is nowhere near enough cash to help every firm in need.