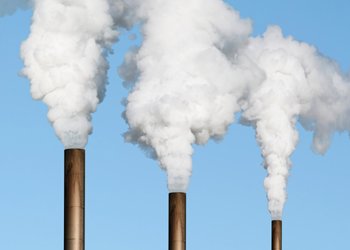 There was a record level of trading across the world’s carbon markets in 2012 with a third of the world’s emissions effectively traded – but the market is worth much less than last year.

Carbon markets such as the EU Emissions Trading System and the UN-led carbon market are meant to curb air pollution by putting a price on carbon emissions, with firms buying and selling allowances for their emissions.

Much of the activity took place towards the end of 2012, with a huge jump in trading in the last quarter of the year, up 70% compared to an average of the previous three quarters.

Analysis suggests there was a rush to buy up credits while they were still cheap, before the UN and the EU tried to boost their price by withholding credits.

Analysts believe the market could bounce back but only if governments around the world get their act together.

Guy Turner, director of commodity research at BNEF said: “Even in the face of policy paralysis and depressed prices, trading activity in carbon markets has continued to grow in 2012. This shows how efficiently these markets work. Policy-makers now need to harness the energy of this market and create policies that will drive innovation, spur further reductions in emissions and reduce costs.”