Now we’re through with all the prolonged festivities I guess it’s time to get back begrudgingly to reality and think about those New Year resolutions. Not everyone comes up with […] 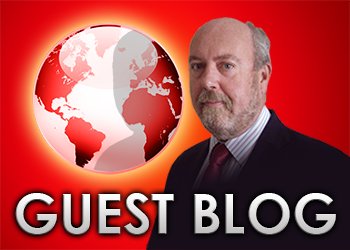 Now we’re through with all the prolonged festivities I guess it’s time to get back begrudgingly to reality and think about those New Year resolutions. Not everyone comes up with their own so I’ve come up with some suggestions which may help those of us in the energy sector:

The Met Office: earlier predictions (though clearly not binding resolutions) of a one in a hundred severely cold Winter which was widely reported in the press don’t look that accurate from where I’m standing – with water halfway up my waders. How about devising an insurance policy which covers against their own occasionally wayward predictions?

All you Finance Directors out there, have greater sympathy for your Energy Manager! Providing you’ve been astute enough to appoint one, when they come along with the begging bowl for more energy efficiency investments – closer scrutiny may just reveal your rate of return for these is far higher than trying to produce miniscule increases in sales from your core business.

As for all you CEO’s here’s a resolution that matters – recognise the importance of making your whole organisation more energy efficient with all the major benefits to the business that brings.

Energy Managers: Let’s view this year as a great opportunity to make a name for yourselves and succeed in achieving all your demanding targets.

To all the potential frackers out there, produce some reassurance for the public at large that their drinking water won’t catch fire and their houses won’t be decimated by earth tremors resulting from your activities.

Ed Davey, Greg Barker and John Hayes: how about a whole year of not falling out with each other, producing and implementing a truly holistic energy policy which everyone can buy into and without the risk of the country getting dark in future years?

And finally, on a far more serious note for everyone to use their knowledge and connections to come up with a positive solution to the grinding problem of fuel poverty which is getting progressively worse and affecting greater numbers, as each year goes by. Those within the energy industry don’t tend to starve so wouldn’t it be great to help those who have to choose between heating and eating?

Let’s do something to give energy a positive name in 2013, after all it deserves it! Happy New Year.

Mervyn Bowden is the Managing Director of Intuitive Energy Solutions and was until recently Energy Manager for M&S for three decades.