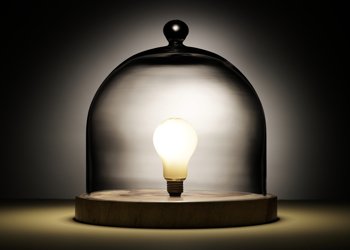 UK MPs said the ‘Big Six’ suppliers should be required to report on how much electricity they have bought or sold in an effort to increase transparency in the energy market.

In a new report, the Energy and Climate Change Committee said that is important to create competition and restore consumer trust and said it is “unacceptable” that some suppliers have allowed their operating costs to increase year on year. It calls for operating costs to be monitored more closely so suppliers can be held to account if they fail to give customers a good deal.

Tim Yeo MP, the Committee’s Chair said: “Trust in energy companies is at rock bottom and consumers don’t have the right information to hand to make informed choices about where they get their energy. Most consumers simply don’t know how to interpret their energy bills and this puts them off attempting to switch suppliers.

“The Government should be doing all it can to increase competition in the energy market and must make it easier for new entrants to join the market.”

The Committee also said it finds it “unsatisfactory” that Ofgem is hesitant about launching preliminary investigations into potentially “anti-competitive behaviour” and has called for a more proactive approach from the energy regulator. It suggests Ofgem should publish an annual report, aimed specifically at consumers and the media, outlining the profits being made by vertically integrated companies to provide greater transparency.

Mr Yeo said: “Even before the recent reports of wholesale price-fixing, we were extremely concerned about the lack of transparency around wholesale prices and suppliers’ trading arrangements. These allegations have reinforced the need for far more transparency. We are sufficiently concerned about this whole issue of profits and pricing to want to revisit it in more detail in the near future.

“Ofgem must get its act together. It should require greater transparency around wholesale prices, trading and the link between wholesale prices and supply prices. We intend to explore ways in which this might be done in our forthcoming inquiry on prices, profits and poverty.”

The MPs are also concerned that consumers don’t know whom to trust for reliable, independent advice and information on energy matters. They suggest there should be a single and impartial service consumers can trust as their first port of call.

They also recommend that DECC should lead a “full and frank conversation” about the contribution consumers are being expected to make towards our energy future and set out a detailed strategy for action over the next two years.

The news follows a call made by Tim Yeo and his Committee earlier this week for an amendment in the Government’s Energy Bill for setting a decarbonisation target.